Exodus 31: 3 and 35:31 tell the story of Bezalel (1 Chronicles 2:20) of the tribe of Judah and Oholiab. Bezalel was filled with the knowledge, skill, and ability to do and teach others what needed to be done to make the Ark and Tabernacle.

Like all four of the words that are used to signify the Spirit coming on people, Mālē has other meanings/used in different applications.  The construction of the Ark and Tabernacle took a year, but you have the sense that these men were filled up and it lasted a lifetime.

I am telling on myself.  My paradigm had been the disciples were “in the dark” about the coming of the Holy Spirit and what that would mean to them (possibly because I don’t remember anyone ever teaching on this).  THEN I studied the topic.  There is so much about the Holy Spirit in the Old Testament that I will finish my study after Pentecost, I will try to stick to the season and the things that relate to this Feast.

Isaiah writes in chapter eleven that the Spirit that will rest on the Branch, will bear fruit is one of wisdom, understanding, counsel, power, knowledge, and the fear of the Lord.  This is a mixture of what we now call the fruits and gifts of the Spirit.  The Spirit is talked about approximately seventy times in the Old Testament. We will look at the times He is referred to in connection with those first two years of the Exodus.

In Exodus 31 and 35 He has “filled” Bezalel and Oholiab, the men who were to do the work on the Ark and Tabernacle.  The verb indicates they were “running over” with the knowledge, skills, and abilities to do the work.  The next mention is in Numbers 9 when the Lord gave the Spirit from Moses to elders of the people.  Even though it is never talked about Moses was filled with the Spirit, because He went from him to the elders.

The next three references are commentaries about the Spirit and Israel in the desert.  Isaiah 63: 10 -14, Nehemiah 9: 20 -30, and Psalm 106: 33 tell how the people acted toward what the Spirit was doing with them in the desert and His reaction to them.  He was teaching and testing, and they did not like it.

In looking at the references in my concordance I noticed that the Spirit is mentioned by Moses in Genesis, Exodus, and Numbers, but not in the Books that “cover” the Law – Leviticus and Deuteronomy.  I will let you ponder the relationship between the Spirit and Law.

Just because he is a topic in the sermon on the day of Pentecost by Peter I will mention that King David had a “forceful” relationship with the Spirit.  The King James Version says in 1 Samuel 16 that the Spirit was with David his whole life.  So the Spirit was very busy and mentioned many times in the Old Testament.

Judah is the fourth son of Jacob and Leah and became the family leader. His name means “praise” because Leah decided to praise God at the birth of this son. The tension in this family that is reflected in the names of the sons is astonishing; the lesson here is don’t marry sisters:-)

Ishmaelites; so that they would profit from the loss of a brother. I read the story in chapter 38 as occurring quickly but Er, the first born, would have been only thirteen when Joseph became ruler of Egypt so the incident with Tamar must have been around the beginning of the famine. (a movie made an interesting point that he moved out to get away from a grieving Jacob) Remember Tamar is a grandmother of Jesus which is why this part is included in Scripture. He does seem to take a positive lead of the family in chapter 43 when he repeats the deal Reuben tried to make with Joseph. He is the main spokesman in chapter 44:16 and Jacob sent him for directions in 46:28.

Jacob at the end of Genesis leaves this blessing for Judah: Genesis 49:8 “Judah, your brothers will praise you; your hand will be on the neck of your enemies; your father’s sons will bow down to you.
9 You are a lion’s cub, O Judah; you return from the prey, my son. Like a lion he crouches and lies down, like a lioness—who dares to rouse him?
10 The scepter will not depart from Judah, nor the ruler’s staff from between his feet,
until he comes to whom it belongs and the obedience of the nations is his.
11 He will tether his donkey to a vine, his colt to the choicest branch; he will wash his garments in wine, his robes in the blood of grapes. 12 His eyes will be darker than wine, his teeth whiter than milk.

The two main people from Judah in the Exodus story are Bezalel, the artist, found in Exodus 35:30 and Caleb, the faithful spy, first mentioned in Numbers 13:6. Both of these men are again mentioned in 1 Chronicles 2 where the clans of Judah and the family of Jesse, David’s father, and David’s sons are discussed.

This family history goes to chapter 4:23 and covers Jabez and his pray. It also covers the rulers after the Exile. This family tree is repeated again in Matthew 1, which is Joseph’s line, and again in Luke 3:23, which is Mary’s family line.

Deuteronomy 33: 7 And this he (Moses) said about Judah: “Hear, O Lord, the cry of Judah; bring him to his people. With his own hands he defends his cause.
Oh, be his help against his foes!”

Jesus is from Judah through David’s son Nathan, brother of Solomon. In one sense much of the Old Testament is about that family; 1 & 2 Samuel, much of 1 Chronicles and the books of the Kings and 2 Chronicles covers that family. While the prophets spend many of their words talking about Jesus and His coming. 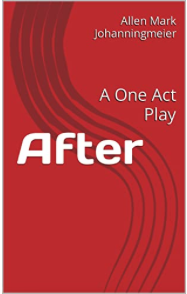